Spinal Fusion Rates Are Rising. Here’s Why They’re Not Always The Best for Back Pain 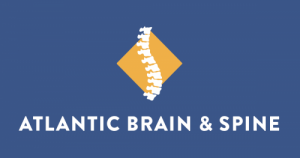 If that doesn’t sound like much, consider the numbers for adults over the age of 65. In 2004, 98 out of every 100,000 adults in this age bracket had spinal fusion surgery; in 2015, 170 of every 100,000 did. For patients receiving spinal surgery to treat degenerative spine disease, the increase is even more remarkable. During the same period, these spinal fusions increased by 276%.

But what exactly is this procedure and why has it become so popular? In this article, we’ll walk you through what a spinal fusion is, discuss why they’ve become more common over the last several years and why that may not necessarily be a good thing.

Spinal fusions rates are growing, but not necessarily because they’re always the right surgery for all spinal conditions. Often, there are other factors at play. Other, less invasive, types of surgeries exist that can restore stability to the spine and relieve pain without fusing bones. If you’re considering a fusion surgery, get several opinions to make sure it’s the only option for you.

Let’s begin this discussion by first defining what a spinal fusion is:

What Is Spinal Fusion?

Spinal fusion, as its name implies, involves permanently fusing together multiple vertebrae with the goal of preventing movement between them– the small bones that make up your spine.

In a healthy spine, intervertebral discs separate individual vertebrate from each other and act as a kind of cushion to prevent chafing. In an unhealthy spine, or one that has degenerated over time, these discs are no longer doing their job and the vertebrae chafe against each other, causing pain.

Spinal fusion surgery is designed to address this pain by fusing the problematic vertebrate together. In this procedure, the spine surgeon will remove the degenerated disc from the spine and then will graft bone, usually from the pelvis, into the empty area to foster bone growth between the two vertebrae.

Though minimally invasive spinal surgery techniques have advanced significantly in recent years, spinal fusion is still a major surgery in which the patient must undergo general anesthesia and spend several months in recovery.

On top of this, spinal fusions are usually considered to be a last resort among neurosurgeons who are seeking longterm, positive outcomes for their patients. While fusions certainly have their place in the medical world, the reason they’re not widely recommended is because their effects are permanent and are usually marked with a noticeable reduction in flexibility within the spine. Additionally, fusing bones together can restore stability and reduce pain, but it can also put more pressure and the discs above and below the fused vertebrae which can cause accelerated degeneration in those areas. This can mean future spinal fusions to address additional instability.

Why Have Spinal Fusion Surgeries Increased?

Given the toll spinal fusion surgery takes on patients, you may well wonder why it continues to grow in popularity. The reality, however, is that the trend is due to a combination of factors and there is no one answer that accounts for the increase.

One of the biggest reasons why spinal fusion surgery has increased in popularity is simply because the U.S. population is getting older. The Census Bureau predicts that Americans over the age of 65 will outnumber Americans under the age of 18 by 2034. This trend means that a larger proportion of the population experiences the natural degeneration of spinal cartilage that comes with age and seeks out surgery to address the resulting pain.

Another reason that spinal fusion surgeries have increased is because of major technological progress. Tools like MRIs, X-rays and CT scans enable spinal specialists to see the spine in incredibly fine detail and diagnose a patient with greater precision. This in turn increases the effectiveness of their surgeries: Because they know exactly what is causing the patient pain, they’re able to perform the surgery far more safely and effectively.

All of these are sound reasons, but they leave out a key part of the story – financial incentives.

After adjustments for inflation, hospital fees for spinal surgery in the state of Florida increased from $47 million in 1992 to $2 billion in 2012. Break that down to the cost of an individual surgery rather than the total state spend and you see a spike from $40,966 in 1992 to $111,662 in 2012 – a triple increase over the course of three decades.

Let’s put that in perspective. Artificial disc replacement is another surgical approach that addresses spinal pain. Rather than fusing two vertebrae together, the procedure inserts a new, artificial disc made of metal and/or plastic. This new disc acts as a substitute for the cartilage disk that has been worn down by age or degeneration.

According to New Choice Health, a site that aggregates data about the cost of different medical procedures, the average cost of artificial disc replacement ranges from about $13,000 to $55,000 in major U.S. cities. That means, as Los Angeles Cedars-Sinai Hospital has pointed out, that replacement costs about half as much as spinal fusion.

Moreover, some studies show that the former procedure generates better long-term results than the latter. Patients who underwent spinal fusion were four times more likely to need additional surgery than those who underwent disc operations. Patient satisfaction also was higher for disc replacement: 88% of disc replacement patients say they were “very” to “completely” satisfied, whereas only 76% of fusion patients said the same.

Back in 1994, the Agency for Health Care Policy and Research – a government agency created to assess whether or not medical treatments were effective – published literature that urged surgeons not to use spinal surgery for a number of lower back disorders, as “no advantage has been demonstrated for fusion over surgery without fusion.”

The research incited major backlash among various medical societies. Government, they argued, had no business offering advice on medical procedures. The response from the healthcare community was so significant, that Congress cut the agency’s budget by 21% and as result it ceased to provide these kinds of recommendations.

Nevertheless, the idea that spine surgeons may not always be medically necessary never really died away.

It bubbled up again in 2006, when Medicare began to investigate whether spinal fusion surgery was justified, specifically for those experiencing degenerative disc disease. Researchers hired by the agency to review the existing literature could locate only four randomized clinical trials tested the benefits of spinal fusion for degenerative disc diseases. Of these four trials, three concluded that there was no clear evidence that spinal fusion generated better results than other approaches.

The fourth, by contrast, concluded that spinal fusion did benefit patients with degenerative disc disease. However, while either government or nonprofit organizations had funded the first three trials, the third was funded by two companies that manufacture spinal surgery equipment.

The researchers presented their findings to a Medicare advisory committee. The committee then voted on a scale of one (“not likely”) to five (“very likely”) whether or not the procedure benefited patients with lumbar degenerative disease. The votes averaged out at a 1.5 – far from a vote of confidence.

Medicare, however, continues to pay for this procedure; so much so, in fact, that a 2011 study estimated that the agency spent over $200 million on spinal fusion procedures that weren’t medically necessary and could have been substituted with a more conservative approach.

None of this is to suggest that a spinal fusion treatment is never appropriate. On the contrary: In the right situations, spinal fusion surgery can transform a patient’s life, eliminating chronic pain and offering new levels of mobility.

It is to say that spinal fusion surgery should almost always come as a last resort, after other methods have been exhausted. For many patients, artificial disc surgery is a far better choice.

So why do surgeons continue to push spinal fusions? As discussed, there’s certainly a financial incentive. Fusion surgeries are more invasive which means, quite simply, that they cost insurance more. Additionally, more conservative treatment options like artificial disc replacement, are more technical and complex than a fusion and, often, require more training.

Most spine surgeons are able to safely and effectively perform a spinal fusion, but most have not been trained to offer an artificial disc replacement; which is often the better choice.

While spinal fusion surgery eliminates pain by fusing two vertebrae together, artificial disc replacement eliminates pain by inserting an artificial disc in place of a diseased or damaged one. The ultimate goal of the two surgeries is the same, and both can be performed using minimally invasive techniques that reduce damage to the surrounding blood vessels, muscles, tendons and other tissues.

Despite these similarities, however, artificial disc replacement offers several key benefits that spinal fusion surgery does not. Setting the cost benefits – which, as we have seen, are not insignificant – to the side, patients who undergo artificial disc replacement often have more flexibility and can more their spines far more naturally than spinal fusion patients.

This added flexibility helps reduce the risk of degeneration in the discs adjacent to where the surgery occurs. Spinal fusion patients occasionally experience this degeneration, which forces them to return for yet another procedure to manage it.

Research also suggests that patient outcomes for disc replacement surgery may be better than outcomes for the traditional spinal fusion. A randomized study conducted across multiple medical centers showed that while only 68% percent of fusion patients say they would undergo the procedure again, more than 82% of disc replacement patients say the same.

How Should You Decide Between Spinal Fusion Surgery and Artificial Disc Replacement?

As with all medical procedures, there is no one-size-fits-all for every patient. Disc replacement surgery works well for patients with symptomatic degenerative disc disease, but it is not a good fit for patients who have brittle or soft bones due to an injury or genetic disorder. Implants inserted into soft bone are likely to slip or dislodge – not a good outcome for a patient seeking relief from pain.

If your doctor recommends that you have a spinal fusion procedure, do your research before you take his or her advice. Financial incentives exist for doctors to suggest spinal fusion over other, more conservative methods. Your doctor is likely giving her best professional judgment, but because research has repeatedly shown that spinal fusions are frequently performed even when they’re not medically necessary, you have every reason to be skeptical of such suggestions.

Don’t be afraid to seek out multiple opinions from other doctors in the area. Your spine is yours for the rest of your life, and you have to live with whatever benefits or consequences emerge from a surgical procedure. Keep asking questions until you understand what they are recommending and why they’re recommending it. Feel empowered to ask why the doctor is suggesting spinal fusion over artificial disc replacement. You have every right to understand the operation you may undergo and why the doctor considers it the best option.

If several different doctors concur that spinal fusion is the best option, then you can proceed knowing that you’ve done your due diligence. If, however, you find that other neurosurgeons are suggesting you take a different route, listen to what they have to say. It will not only save you money, but it could protect your spinal health and allow you to find better path to a fulfilling, healthy life.

While these stories and statistics about spinal fusion might be unsettling, they’re ultimately intended to make you feel empowered as a patient. No one should have to live with the kind of crippling pain many spinal patients do. Knowing the history of the procedure and the availability of other options, you can work with your doctor to develop a treatment plan that provides a lasting solution to your pain.